Creative problem solving (CPS) is a way of solving problems or identifying opportunities when conventional thinking has failed. It encourages you to find fresh perspectives and come up with innovative solutions, so that you can formulate a plan to overcome obstacles and reach your goals.

Creative problem solving has become  something I’m really passionate about. It is a cornerstone of the techniques I use when called on to help businesses and leaders overcome their biggest hurdles.

I thought this was timely, since everyone everywhere has at least one personal or professional problem to solve right now, to say the least!

Traditional fixes won’t, or don’t work. Not to mention the fact that there is nothing ‘traditional’ about fixing the world’s first global pandemic in modern times.

This is certainly an unprecedented shit storm. But one that may be an opportunity to try, to learn, to embrace change and new ways of approaching challenges. Like cleaning your house or your yard, we should look at this as an ‘out with the old and in with the new’ moment of opportunity

But! In order for anything to resonate for me, I need real life stories/examples. So here is what I consider to be one of the best examples of Creative Problem Solving:

This example focuses on the (then unknown) director, Steven Spielberg in 1974 while he was shooting the film JAWS.

The movie script for JAWS involved several scenes that required a frightening monster shark. But the mechanical model shark they built for the film had recurring technical faults and kept failing. No matter what fixes were implemented, Spielberg knew the mechanical shark just wasn’t providing the scary effect he intended.

The movie was running well behind schedule and way over budget.

Faced with this insurmountable problem and out of alternatives, Spielberg did some creative problem solving. He managed to turn the problem into the solution: what if there was no shark at all? Was it really a problem? Upon realizing that his problem might be his solution, he decided to remove the shark from all the initial scenes. Instead, he merely inferred its terrifying presence with the brilliant musical theme written by John Williams – which would go on to become one of, if not the most well-known pieces of score ever written for the screen https://www.youtube.com/watch?v=BX3bN5YeiQs

Spielberg’s creative problem solving paid off. Moviegoers found that what they imagined beneath the water was far more frightening than the actual mechanical shark could ever be. Critics and audiences raved about the film which kick-started Spielberg’s rise to unparalleled success as the prolific director he is today. JAWS became the world’s first ever summer blockbuster movie in 1975, earning over 100 million dollars at the box office.

There are 4 steps to Creative Problem Solving that are outlined spectacularly well here www.mindtools.com/pages/article/creative-problem-solving.htm

CPS (Creative Problem Solving) will be the focus of all of my blogs for the month of April. Nothing else feels right given what is going on!!!

The plan is to do a deep dive into each of the 4 CPS steps in the weeks to come.

I look forward to having you join me on this journey of learning and discovery! Everything should be about helping the world right now, not serving our own needs!

Because I love your enthusiasm, my suggestion is to simply tell the reader why you’re so passionate about creative problem solving in a brief sentence here. Rather than say what it is not (overused buzzword you hate) which I agree with and understand completely! But this feels more effective. 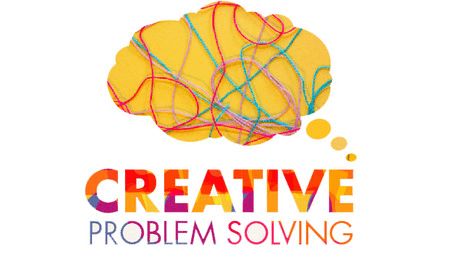